A strong friendship doesn’t need daily conversation or being together. As long as the relationship lives in the heart, true friends never part. Kasia Delgado, on The Guardian, gives us a moving account of friendship, love and suffering. 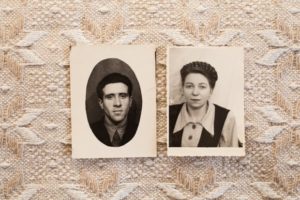 Vladimir and Ivanna, both pictured in 1955

“Who knows? We might meet one day. We must believe this, otherwise there is no point to living. You are always in my heart.”

Ivanna Maszczak, now 93, born in Ukraine, was taken from her family one frosty January morning in 1948 while her mother, a school teacher, was making beetroot soup for lunch. She belonged to an Ukrainian youth organisation. At that time every Ukrainian was under suspicion. Her  father was a priest, which didn’t help, because the authorities were suspicious of priests, members of the intelligentsia, teachers and students. Even after Nazi Germany’s surrender in May 1945, the civil war in Ukraine and eastern Poland continued, as underground organisations, including the Ukrainian Insurrectionary army, refused to live under communist rule. Ivanna was one of many thousands of ethnic Ukrainians sent to a gulag in Siberia, after being accused of aiding the rebellion. Military guards stormed the house and marched the 22-year-old out of her home and into a truck.

It has now been 64 years since Ivanna was released, but eight years in the gulag still has an impact on her daily life in ways that few outsiders would notice. She doesn’t eat much, it doesn’t occur to her to want anything that she doesn’t have, she sleeps on a futon in the living room as she hates feeling confined in a small bedroom and she doesn’t like doors being closed because it reminds her of being imprisoned. She even leaves the wardrobe doors opened.

That’s because she served a 10-year sentence in the Siberian Stalin’s labour camp in Kolyma. She was 28 years old, 5ft tall, and hungry. Ivanna and some fellow female prisoners had to work hard all day, every day: mining gold, felling trees and hacking into the frozen ground.

When Ivanna arrived, with many other prisoners, they were in their tatty, thin clothes and, getting off the boat, they were so weak that some of them fell into the snow. Everyone got the same size clothes and shoes and typhoid injections.

Numbers were sewn on to their backs (she was 108). They felt their identity was taken away from them.

One day something suddenly happened ...

As they stumbled through the snow, a scrunched-up piece of paper landed at their feet, thrown from a truck transporting male prisoners. One of them picked it up before a guard noticed, and later the women huddled together and opened it. It was from a male prisoner asking whether someone would write to him, to distract him from the relentless bleakness. Ivanna was deeply moved and she decided to reply to this stranger.

His name was Vladimir; he was the same age as Ivanna. She asked around, found out which part of the gulag he was in and managed to get a letter to him. She used the pen and paper the prisoners were sometimes given in order to write home. Their letters, which Ivanna has kept, stored in a wooden box, came back and forth, talking of life in the camp.

It was illegal for prisoners to correspond with each other, so they relied on the construction workers to deliver the letters. Sometimes it took weeks for a letter

to come, and some letters disappeared.  Vladimir wanted to find a kindred spirit and Ivanna became that person. Despite the fact that they were unable to meet, she began to feel a deep bond with this young man. After the cruelty she had seen, writing to him was some respite from the hell she was in. She was terribly lonely, so to have Vladimir wanting to know how she felt made things bearable. At first it was friendship, but when someone talks for so long, so intensely, they start to feel love. In one letter Vladimir writes to Ivanna that waiting for her letters caused his heart to beat faster. In another, he told her to believe that his love was so great that he would do anything for her. They made tentative plans to meet if they were ever freed.

Ivanna was finally released in August 1955, after almost eight years of her sentence. Ivanna’s family had no idea she was coming home.  When she arrived home she didn’t even know how to cry and she didn’t know how to live as a free person. Buying milk, going to a hairdresser, eating an apple. Her freedom came too late for her to be reunited with her father; he had died just two months before her return home.

Vladimir was still imprisoned, and when she first wrote to him from the outside world, he replied that if he had had the opportunity, he would have left everything behind and followed her. Vladimir was released two years later. They continued to write each other.

But one day, Vladimir wrote again to tell Ivanna he was getting married. Under pressure from his father. She felt that, despite his marriage, they had an unbreakable bond: the bond of two people who had been in prison together for so long. She understood how things were, that he needed to move on. Despite this, the letters kept coming and Vladimir confided in her, telling her he found it difficult to adjust to normal life.

A few years later, Ivanna got married, too. While visiting a friend in Britain, she was introduced to a Ukrainian man named Wolodomyr who proposed to her just five days after they met. She never regretted it. They  lived a simple life in London, and were happy together for 47 years. Wolodomyr understood why the correspondence with Vladimir was still so important to his wife. In fact Ivanna and Vladimir continued to share their thoughts, hopes, doubts, expectations and love. Then one morning Ivanna received a curt letter from Vladimir’s wife demanding that the correspondence cease immediately. Ivanna never heard from Vladimir again. It hurt her greatly. She didn’t write back to Vladimir. She

didn’t want to interfere in his family life. She knew she had been lucky to be released from Siberia early, but she had lost out on a chance to meet him.

Three years ago, contemplating her old age, Ivanna wondered whether this might be a good time to re-establish contact. She googled Vladimir and found he had his own website. She immediately recognised him thanks to the photos. Yet after more research she discovered that it was too late, and he had recently died. She regretted not having looked for him before, even though she did it for him, to save his marriage. 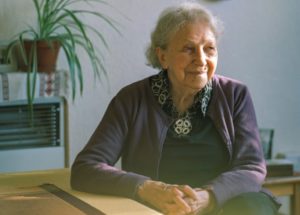 It’s been more than 50 years since Ivanna received her final letter from Vladimir. Now in her 90s, she thinks more than ever about the bond they forged in the gulag. They were linked by their experience. Those letters were a lifeline, they gave her some purpose.

In a letter to Ivanna while he was still imprisoned, Vladimir wrote: “Life is very short and we only live once, but, wherever I am and whatever happens to me, I will remember and think of you always.” 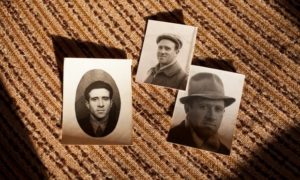 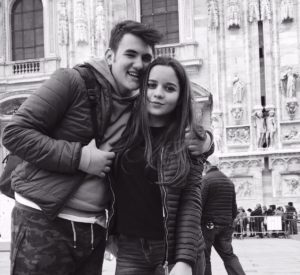