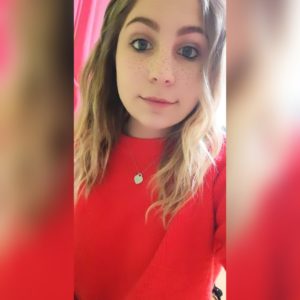 Her name is Giulia Gaspari, she is 20 years old and she lives in Ramiseto. She studied languages at Liceo Linguistico Dall'Aglio in Castelnovo Monti and right now she is studying psychology in Florence. Giulia has only recently decided to show everybody her hidden passion, which is writing poems. Today she is back in her high school to answer some questions over her beloved hobby.

I: "How long have you been writing? What motivates you to do that?"

G: "I've always liked writing, since I was a child. Then, growing up, I started taking advantage of this passion to organize my thoughts when I'm stressed out or to spell out some significant events.

I:" And how long have you been doing it in English?"

G:" Well, it's been around 2 years now. I don't really know what brought me to write poems and not other kinds of texts. In addition to that, I've always loved English and I've always felt as it was my native language. I feel I find the right words more easily and I just feel  more comfortable using that amazing language."

I: "Do you write straight in English or do you usually write your thoughts in Italian and then you translate them?

G: "Straight in English. Many words come easily to my mind, only at times I take long searching for a synonym.

I: "Did a certain author inspire you? Which kind of books or poems do you like to read?”

G:"To begin with, I love reading. I both read in Italian and in English and I'm alway looking for the original language of the book that I'm reading. Then I like reading any kind of book, from old novels, to thrillers and horror books too!

However I particularly like a few authors who write modern poetry. Such as Amanda Lovelace or Rubi Kaur.

I: "What role does writing play in your life ?"

G: "I feel the need to do that. I'm under no pressure to write by anybody and I don't do that because I'm looking for a job in that working environment. It is just a way to vent myself."

I: "Would you think of writing as a career? Even though you've almost already answered..."

G: "Honestly I don't think I would. I've never even thought about sharing my poems, it's like a secret. Many people who are really close to me don't know about it."

I: "How do you feel while you're writing? What does writing convey to you?

G:" First of all, I feel relieved knowing I'm free to write whatever I want. It is like getting something out of my heart. As I've already said it's a passion that I have, I would spend hours looking for the perfect word, searching for links between words..."

I: "Apart from when you are stressed out, do you write on special occasions?"

G: "I get inspired in literally any way, for example while I'm travelling or even when I'm waiting for my train to go to university and I start observing people around me and wondering about the stories of their lives."

I: "Have you ever found difficulties in writing your poems?"

G: "Personally I find it very hard to write about something I have never experienced. In fact, I've never written about important themes such as abuse or rape.

Talking about the language aspect, I'm only afraid sometimes I could misinterpret an English noun, so that I might give it a meaning which isn't completely correct or that someone could misunderstand."

I: "How many poems have you written? Is your collection personal or have you showed it to someone else?"

G: "Up to now I have written almost 70 poems. When I started thinking my passion could be appreciated by someone else, I sent around 20 poems to my English teacher from my old high school so that she could check them and give me her opinion. Then I sent them to some of my closest friends and I decided to tell my mom who really had no clue I was doing that (but I still have not let her read my poems).

I: "Have you ever thought about publishing them, for instance on your social media?"

G: "I looked up 'self-publishing' on the internet. It is used to publish whatever you want online but I don't feel ready yet"

I: "Have you ever followed any writing course or is it just what you learnt through your years spent in high school?"

G: "I wasn't good at all at writing in Italian during high school, but I believe I was already pretty good at writing in English. So I did not attend any course."

I: "How do you compose your poems?"

G: "Usually I do not pay attention to punctuation and I don't even follow 'writing rules'. I firmly believe its aesthetic aspect is crucial and at the same time it is really important to make every word link with another one. Basically that's what modern poetry is about.

Also I don't write using pen and paper, I note down in my phone whatever comes to my mind. Then, usually, I spend hours and hours changing that text or a single word while sometimes I just leave them like that.

In my opinion everybody can easily identify themselves in my poems and they can interpret them in the way they prefer."

I: "What's the title you've given your collection?"

G: "I titled it 'SONDER'. It's a new word which means: 'how the life of a stranger can be as complicated as yours'.

Then I divided the whole collection in 3 parts, one is about positive poems and another one concerns sad poems.

The third part, the one in the middle, contains poems which convey many feelings both positive and negative.

I gave these parts subtitles in order to recognize them: destination, journey and arrival."

Let's analyze some poems in particular:

" Amongst my poems, 'nobody's fault' is one of the most personal and I feel really close to it"

When I cannot blame you

For not being here?

To be angry at you

If I am jealous

Of my best friends dads?

For they are everything you are not.

But maybe once you were. (what alzheimer took away from you)

I cannot remember. (because this kind of illness starts taking away common things, such as old memories, and continues with the most important ones, to the point you aren’t able to create a phrase any longer)

It is not your fault”

“This is one of the first poem I have ever written. It’s been almost two years now when early alzheimer was diagnosed for my father. In this poem I tried to encase my anger towards that kind of illness which does not allow me and my father to do what other dads and daughters do.”

“A poem which concerns love is titled al with them”

“You realize you love someone

When you want them

To experience every beautiful thing

That you do  experience”

"This poem's themes are food disorders. I have never had experience with those problems but I did some research on this problem as apsychologist of Dinner's ready young people"

“Could a plate of

And at the end of the day

As half full we should see a glass.

The hurt will heal

The pain will cease

But you will also find your peace.

The chance you didn’t take

The words you couldn’t say in reply

As long as you put effort in it

On a way better tomorrow you can rely”

"Sometimes we make mistakes or wrong choices, but if we had good reasons to do them, those mistakes are not mistakes any longer" 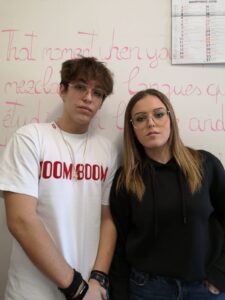 Una poesia riguardo l’amore in generale si intitola "All with them".

“The sky will clear

The storm will pass